While everyone else is trying to cope with shopping, holiday preps, and other pressures that come up at the end of every year …

Today, Pantone has announced its top colour for 2012.

Apparently THIS is the hue that will colour our new year.

I’ll spare you the details here, since you could easily read this article for more on why the Pantone folks are all seeing red(dish-orange).

But if I’ve said it once (and I’ve actually said it twice), I’ll say it again: 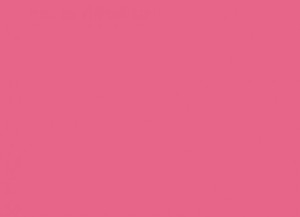 Looks like the Pantone Color Institute is at it again.

Remember a few years ago, when I posted about how (while we were all busy living our own lives) the institute’s research branch dubbed chili pepper red the colour of the year for North America?

Which is fru-fru-fashion-speak for “pink”.

Reddish-pink, if you want to be technical.

“A brave new color, for a brave new world,” crows the press release.

Apparently it’s going to show up in everything from men’s and women’s fashions to furniture fabrics.

And hockey commentator Don Cherry showed how fashion-forward he already is, when he sported an ostentatious blazer in the aftermentioned hue in December, at Toronto mayor Rob Ford’s swearing-in – incidentally, while giving his “left-wing pinkos” speech.

Y’know Pantone, After last year’s selection of turquoise, I was slowly starting to change my mind about you guys.

Wednesday morning on CBC Radio’s arts and culture program Q, colour forecaster (and Pantone consultant) Keith Recker, explained that hockeysuckle speaks to “our happy rediscovery of positive thinking, of growth, of energy, of looking forward, rather than bemoaning what we may have lost in the recent (economic) downturn.”

He went on to explain a few of the things that go into shaping a colour forecast – which doesn’t really start with colour, but with getting a feel for what people are thinking about, are needing, or lacking, and making the link to such things as psychology, sociology, economy and current events.

Recker says there are already talks about the colour for 2012. The small group of forecasters are taking into consideration next year’s presidential election, plus the tragic events in Arizona – all of which, he says, means things are going to be ” high-volume, high-conflict”.

As a result, he says, people could either end up embracing that conflict by incorporating colours and patterns in their clothes, etc. to demonstrate this feeling of protest … OR shy away from said conflict, by turning to more calming, serene hues.

So, why should we even care? Well, you can listen to the podcast to hear Recker’s opinion. But he does make a point about how much of a cultural thing colour can be. I mean, it explains in part why, for example, in one culture, white might be worn at weddings, while in another, it’s red.

Recker mentioned the colour-picking process for next year may soon be underway. He added that he thought 2012 could be the year for a muddy or earth-coloured tone.

Well … since Pantone hasn’t yet turned its forecasting towards 2013 … perhaps I should resurrect my campaign to get periwinkle (a.k.a. colour code  17-3932) on the radar?

In my opinion, it’s a hue that just hasn’t been given its due. Colour me biased.

No, I am not kidding.

Unbeknownst to the majority of us plebes, this declaration (most likely made around this time last year) was handed down by the Pantone Color Institute (their spelling, not mine). Yes, these people are in charge of declaring colours for each year.

The colour for 2008 will apparently be the one in this New York Times article, according to Pantone.  I won’t spoil it too much, other than saying, “Well, duh!” since I am biased and like any shade from this particular colour family anyway.

And there’s a little sidebar with the article, which shows you all of Pantone’s picks from the previous 7 years.

But my real question is: when is someone going to give periwinkle a go? That, my friends, is one colour that needs some long overdue respect. It’s a pretty shade, in my honest opinion.

Team Periwinkle for 2009, kids. Think about it.