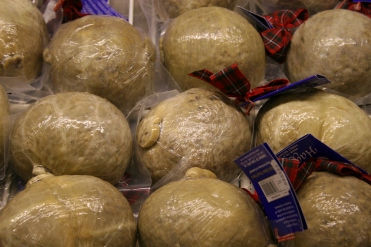 The first time I heard the name “Robbie Burns”, I was eight years old, and my parents were signing me up for piano lessons at a local music school.

I guess it came up when the head of the school – testing my aptitude – was chatting with my folks, and they mentioned when I was born.

“Oh!” he said. “Do you know who else shares your birthday? Robbie Burns!”

As a little black girl growing up in the 1980s, the only Burns I’d heard of was George. I can only imagine what facial expression I wore as this man told me about this guy I was clearly supposed to recognize.

Through the years, I came to learn bits and pieces about the man whose birthday I happened to share, and the little nerd in me found it interesting.

So to simply say Robert Burns is A Big Deal for people of Scottish descent, is a wee bit of an understatement.

In several days’ time, dinners (all over Canada and abroad) will be held in honour of the Scottish bard, filled with music and poetry. There will be scotch, even whiskey tastings. But it won’t be a Rabbie Burns night without one signature dish served:

Yep, that most Scottish of dishes, consisting of lamb or sheep parts, oats, and spices, mixed together in a type of pudding (not the dessert kind), and encased in a sheep’s stomach.

(There are even vegetarian and vegan versions out there, for a different spin. And these lovely folks are hosting a vegan Robbie Burns Day here in Toronto – they’re just about sold out!)

For people like me who’ve never had haggis (the meat-filled version, at least), that doesn’t sound — or look — all that appetizing.

But yesterday, I came across this article by writer Andrea Chiu, in defence of the dish.

She makes a valid point:

“We will pay high prices to taste rich and creamy foie gras, but wrap some lamb liver and hearts with a sheep’s stomach and diners of all ages are finding ways to politely decline the dish.”

I mean, if I can try a camel burger or freshly-caught-and-prepared conch salad (with comically terrible results, in the case of the latter), surely I should give haggis a try?

It’s probably too late this time ’round, but maybe I can give haggis a go at a later date, or perhaps on one of my future birthdays.

It’s the least I could do for Robbie.